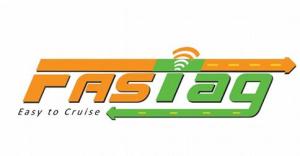 In a bid to cut down the travelling time on highways, the Government of India, yesterday, launched an electronic toll collection (ETC) programme. To be known as ‘FASTag’, it will allow people to pay their highway tolls electronically without needing to stop at the toll plazas.

“The unique number of the RFID Tag affixed on the wind shield of the vehicle will be read by the readers fitted in the dedicated ‘ETC’ lanes of plazas and appropriate amount as per the class of vehicle will be automatically deducted from the account of the user. The dedicated ETC lanes will have colour coding for distinct identity recognized as FASTag”, the ministry said in a statement.

The ministry also informed that it has roped in ICICI and Axis bank to provide Central Clearing House (CCH) services and RFID based FASTag through their franchises/agents and at sales counters/points near the toll plazas. People can enroll and get their FASTag badge affixed on their vehicles at designated toll tax plaza locations or ICICI and Axis bank’s Point of Sale (POS) stations.

Similar highway tag brands are popular in several developed countires, like ‘Eazee Pass’, ‘SunPass’ in the US, ‘e-Pass’ in Australia, ‘Salik’ in Dubai etc.

Dubai made it compulsory to install CCTV cameras in all buildings, villas 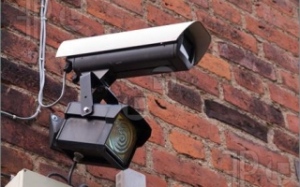 Security surveillance will have to be compulsorily installed in all Dubai buildings and villas, according to Dubai Police.

According to Dubai Police, owners of buildings – residential and offices; and villa compounds, will have three months to comply with this new rule.

The CCTV cameras and security systems to be installed have to be in accordance with specifications set by Dubai Police.

“We have given them a grace period of three months which began on August 26.”

He added that fines will be imposed on those not complying.

Major Al Janahi stated that this action comes under Act No 10 of 2014 and amendments to provisions of Law No 24 of 2008 on service providers and security regulations.

He emphasised that several meetings have been held with owners and real estate companies where they were informed of all details with the explanation of all required specifications.

He said landlords can use one of 650 companies registered by Dubai Police to install the requirements.

Explaining some of the specifications Major Al Janahi said the CCTV cameras, according to the law, should be stable, fixed and must have clear vision.

He added that they must be installed at all entrances to the facility where the picture of a person entering can be clearly seen.

Also, surveillance cameras are to be fixed at all emergency exits and that lead in and out of the facility.

Lobby areas and on sections leading to the elevators are also to be covered by camera.

Reception areas, entrances to health clubs, parking entrances and exits are also to be CCTVed – the latter requiring the number plates of cars to be clearly visible.

All cameras are to be able to have storage capacity of at least one month of footage.

Fashion guru Ralph Lauren has sought to morph fashionable sportswear into wearable technology with the launch of the Polo Tech smart shirt, which is being worn by some ball boys at this year’s U.S. Open tennis tournament.

The compression garment comes with technology from a Canadian firm, OMsignal, that feeds detailed information about a wearer’s heart rate, breathing, activity and so on directly to a smartphone or tablet.

Silver-yarn-based sensors gauge athletic performance by measuring the expansion and compression of the wearer’s chest along with electrical changes associated with heart rate. The information is collected in a small black-box-type recorder, which can be removed when the garment needs to be thrown into the washing machine.

While the Polo Tech shirt is making a splash at the U.S. Open, the public won’t be able to purchase it until the spring.

JEDDAH – The market for biometrics in Saudi Arabia is increment on the back of increasing IT spending, growth registered in biometric based access control systems, and increasing adoption of biometrics technologies across industry verticals, “Saudi Arabia Biometrics Market (2014-2019): Market Forecast by Technology, Application and Regions” report said.

Saudi Arabia’s biometrics market is in its nascent stage, where market is yet to witness swashbuckling growth.

In global biometrics market, contribution of Saudi Arabia was mere 3 percent in 2013. Lack of awareness is the major factor, which has restricted the penetration of biometrics systems in the country. However, in the forecast period, the market for biometrics in the country is anticipated to register growth on account of increasing investments, government projects, expansion of BFSI and IT/ITeS sector, and introduction of e-passports & visas.

Over the next five years, fingerprint biometrics technology is expected to maintain its dominance, but, other technologies such as facial and IRIS recognition would exhibit higher growth rate, primarily driven by government projects.

Riyadh, Jeddah, Makkah and Madinah are witnessing such developments on larger scale, the report noted.

Urban development, infrastructure expansion, flow of foreign investments and establishment of new enterprises across various verticals in these areas have led for the adoption of biometrics technologies, especially fingerprint biometrics in the Kingdom, the report added.

Security at Events and Conferences

As security risks increases, the need to visually monitor and record events in organizations or any other events has become most important. Moreover, the value of video surveillance has grown significantly with the introduction of motion, heat, and sound detection sensors as well as sophisticated video analytics.

The management must concentrate on security issues ie have to understand factors of threats, according to that implement strategy to develop security to event. Modern improvements in surveillance technology have made security cameras the perfect security solution for conventions and other large events. The flexibility and ease of use of wireless IP cameras can make the event more secure than ever before.

Flexibility:  Surveillance systems that use IP cameras can be reconfigured to meet ever changing needs. This feature is especially beneficial for traveling meetings and conventions. Since no venue has the exact same security needs, a flexible IP camera system allows bringing security with us, no matter the venue.

Ease of use:  Setting up and managing a system of IP cameras is a snap. Unlike analog CCTV cameras which require power tools and technicians, all we have to do is mount the cameras and start recording.

Remote monitoring:  Adding an NVR (NetworkVideo Recorder) to surveillance system allows broadcasting the footage over the internet, and can view footage from any of cameras at any time. This breakthrough also allows expanding current security capabilities. Instead of watching monitors for hours on end, security guards can perform more active duties like foot patrols, helping keep event safer.